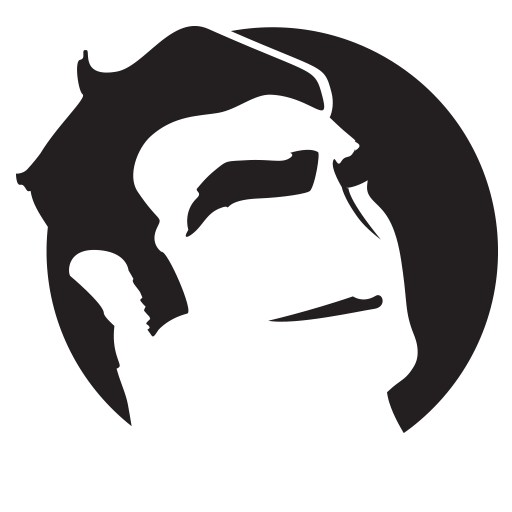 The rebirth of the Firefox mascot

Ah, Firefox. We all love the lil critter. He hugs the globe tightly to protect the web and keep it safe. He cares about all of us and we should return that love. But how do you show the lil guy you really care? Easy. You turn the logo into a big, fluffy huggable mascot and wrap your arms around it. SHOW ALL THE LOVE. This is a tale of old mascots, new mascots and all the furry details in between. 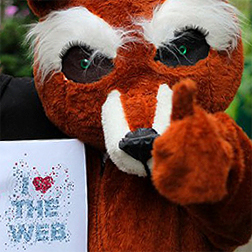 Who doesn’t love and remember the original Firefox mascot? He was the Martin Scorsese of mascots thanks to his big ol’ bushy eyebrows. He proudly stood for Firefox and absorbed the hugs in the early years, strutting his generic fox coat around the room and high fiving us all for sharing in the love. A pioneer in the field of Firefox fan motivation, he paved the way for future generations of Firefox mascots. Let us take this moment to thank him for his years of duty and wish him well in his retirement closet. High five, good buddy.

When it was decided to look at getting a new mascot costume for Firefox, we immediately knew who we wanted to bring on as the team to build it – Irene Corey Costume Design.  Their work was previously seen in the 2010 Summit characters that were brilliantly built based on the event poster art. Another character in their portfolio some of you may be familiar with is the ever jolly Barney the Dinosaur! It seemed a perfect fit considering just like Barney and his crew, we’re a happy family here at Mozilla.

Next on fox: Process

Our first thoughts in designing the new suit were to ensure that it resembled the actual logo. Some initial sketches were done where we tried to imagine what the face of the fox looked like when turned around. I had previously created the Personas logo, so that is what we used as a starting point. From here on in, I’ll share captioned images of the process in which we worked with Suzanne Lockridge and staff at Irene Corey. 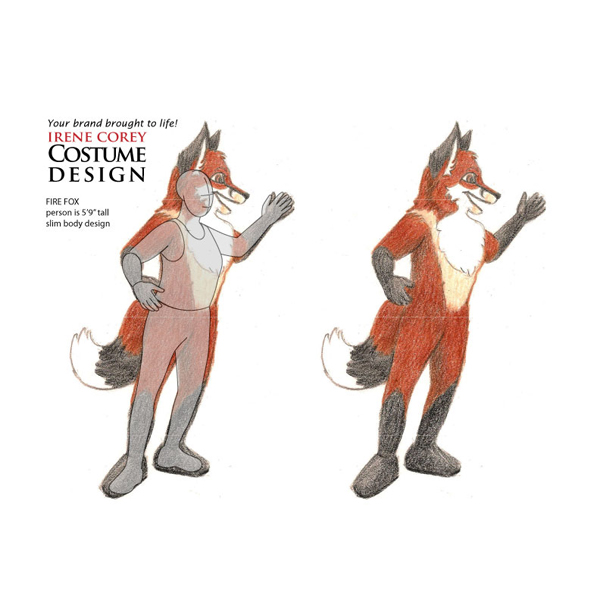 The initial pass by Suzanne. A very literal fox design. 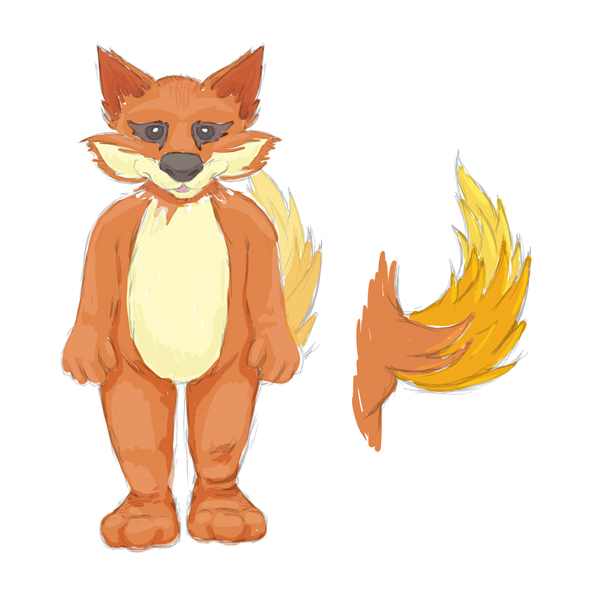 My initial design based on the Firefox logo. 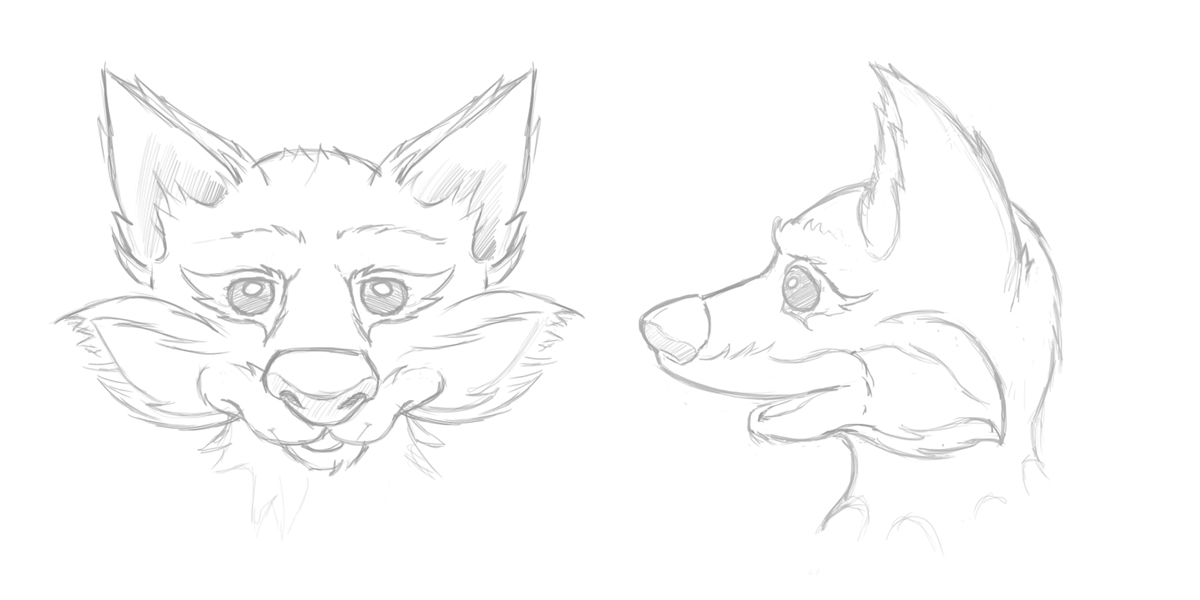 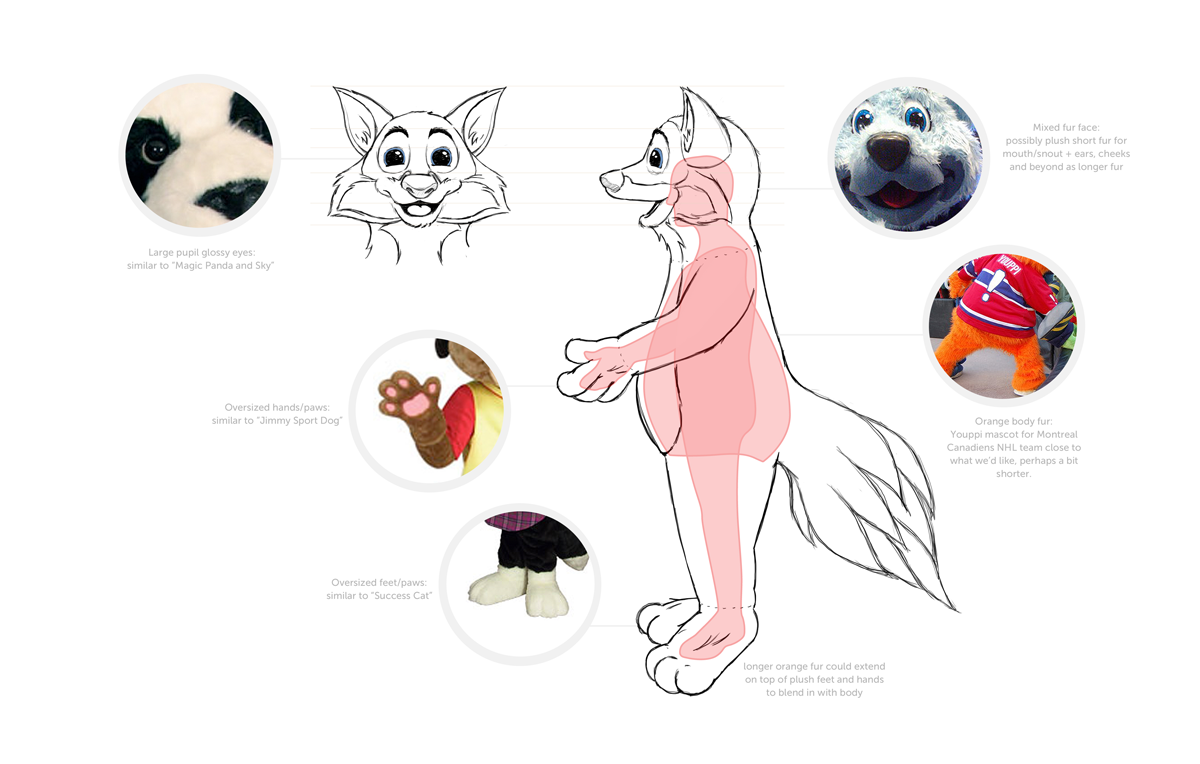 After several back and forth versions, a detailed final sketch of the mascot. 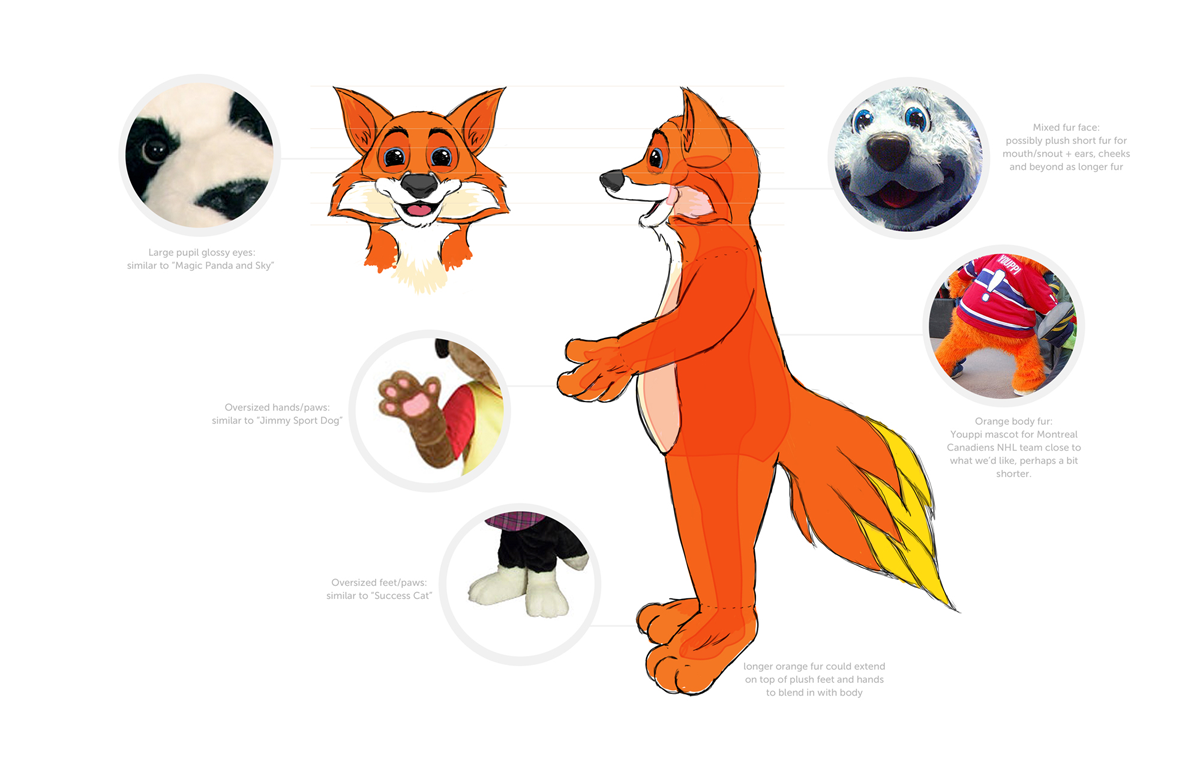 With the sketches complete, it was time to build out the framework and physical build. Though fascinating, it can be somewhat shocking to see disembodied parts and partial skulls during the process. Avert your eyes if you’re not keen on seeingOGOD LOOK DOWN NOW IT IS HIDEOUS WHAT IS GOING ON?!? 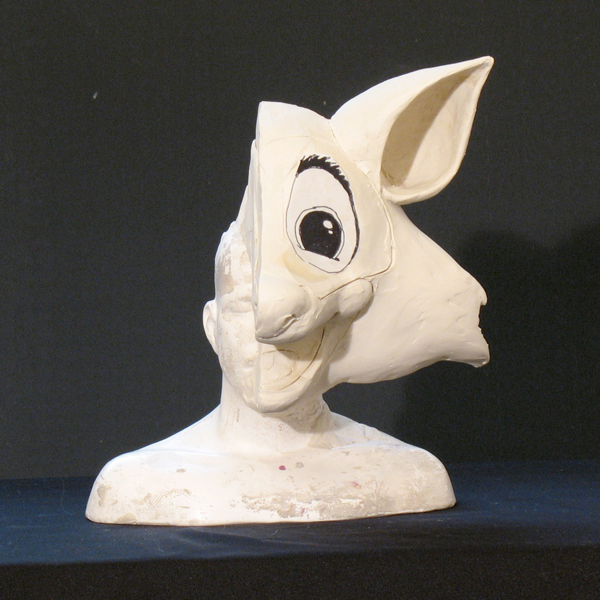 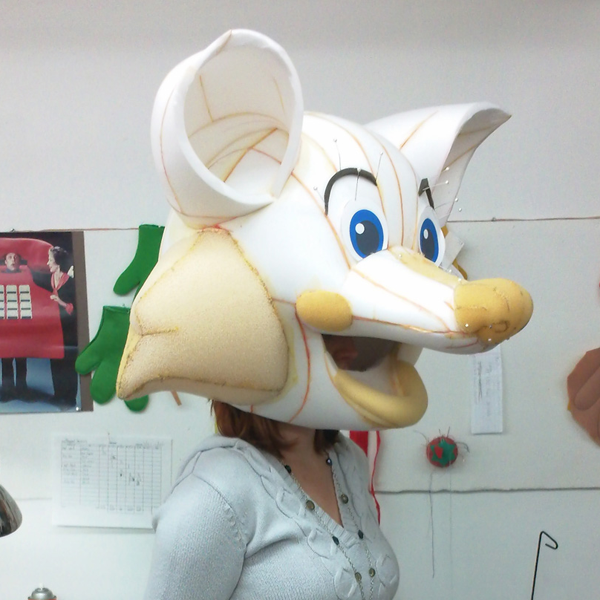 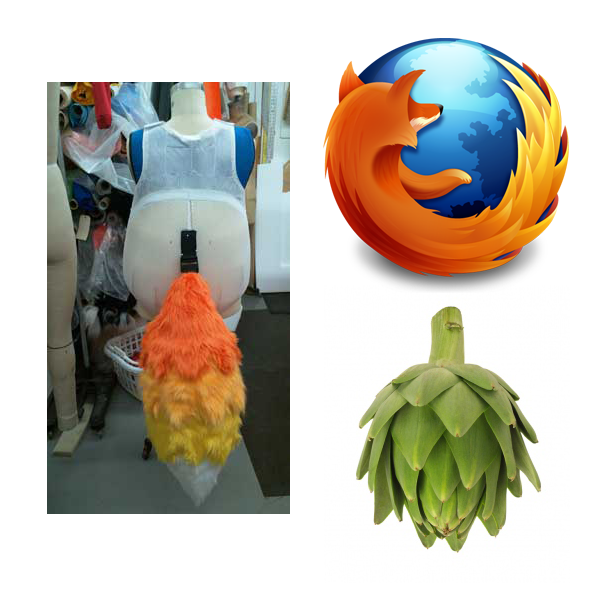 Yes, an artichoke IS the best way to describe the tail. 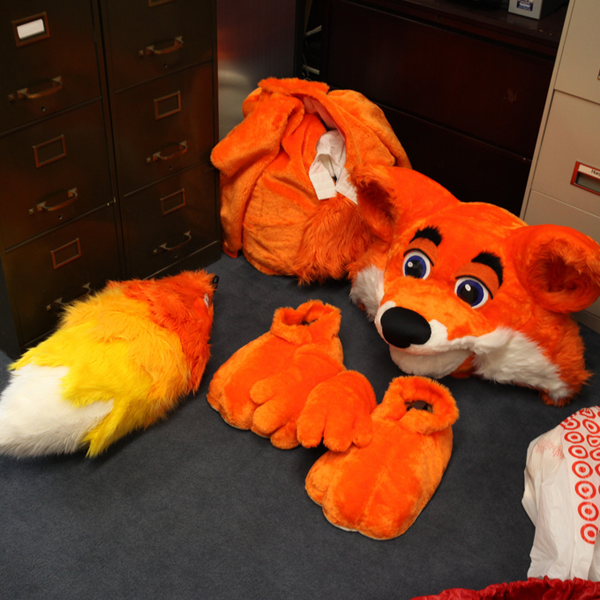 Grizzly scene. Actually it is a fox scene, but you know what I mean.

A new star is born

And it came to pass that a mascot was born in a workshop. We saw that it was good. We cheered, we wept with joy, we exaggerated our emotions in a blog post. I’m not going to lie to you folks, seeing this mascot strutting around and knowing it was originally a rough illustration is one of the most satisfying things I have ever helped with at Mozilla. It’s not often you get to hug an illustration and I… EXCUSE ME I HAVE SOMETHING IN MY EYE.

Now head on over to the YouTubes to see him in his big screen debut for Firefox Flicks! With any luck, we’ll be seeing him front row in a tux laughing it up at the 85th Oscars!

Hug him. High five him. Show the love, for him and the open Web. 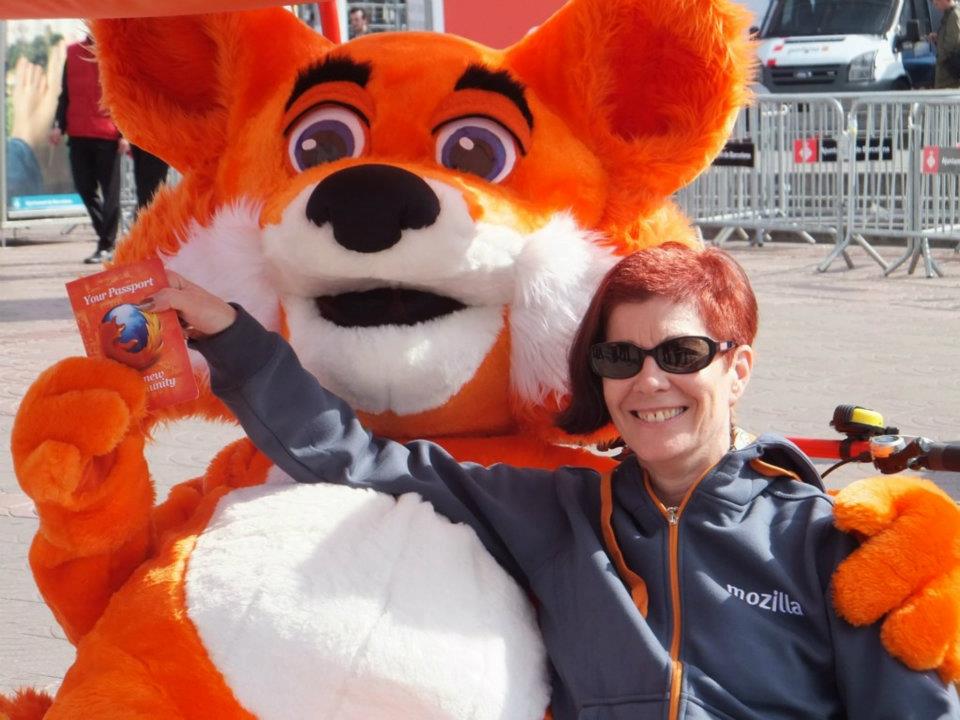 Firefox hanging out with Mitchell in Barcelona!